Within the scope of the national program “Cientificamente Provável” of the School Libraries Network, CERENA, represented by Helga Jordão Ferreira and João Narciso, presented the activity “Eureka? Eu também quero ser cientista” on November 27 at the school EB 2,3 Venda do Pinheiro.

Throughout the day, also marking the National Day of Scientific Culture, four sessions took place in which the groups heard about science and scientists, as well as about some of the projects undergoing at CERENA.

The students of 6th and 9th grades had the opportunity to ask questions about science in Portugal and geoscience at CERENA and observe some minerals that exist in smartphone’s composition and also the effects of the fire in rocks, based on laboratory simulations with different temperatures.

With much curiosity from the students (circa 120) and small “scientists”, all the activities were very dynamic. 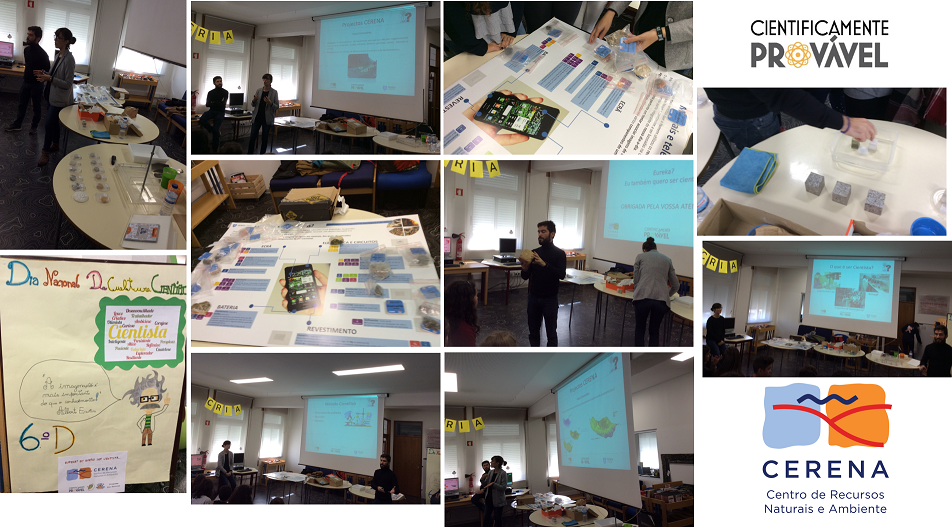